How do I write a letter of continued interest?

So you’ve been deferred or waitlisted from a school you had your heart set on. Take heart! There’s still something you can do: write a Letter of Continued Interest. Of all the application skills that are taught by guidance counselors and teachers, one of the most overlooked is the Letter of Continued Interest. It’s the way to let a school know that you’re still looking at them as a major first choice, even though you’ve been waitlisted or deferred. And while it is generally written at a time when you have many negative emotions swirling at the hurt of initial rejection and uncertainty going forward, if written correctly it can be a polite and professional way to keep the school updated. Luckily, most of the skills you’ve built writing supplemental essays, personal statements, and thank-you notes to interviewers will all come in handy here. Think of a Letter of Continued Interest as sort of a cross between all of these things.

What is a Letter of Continued Interest?

A Letter of Continued Interest (or, if you’re Notre Dame, a “letter of desire”) is a formal letter to a school that serves as a reassurance that you still want to attend their school, despite being waitlisted or deferred. It’s a good way to remind the school that you still exist, you take initiative, and above all, you’re someone they will want to accept in the next round of admissions or take off the waitlist. Overall, these types of letters are a long shot. That’s important to know up front. But that’s inherent to the situation you now find yourself in, being deferred or waitlisted. The only thing that a good Letter of Continued Interest can do is help. That is, as long as you don’t write an all-caps letter telling them they were wrong to waitlist or defer you. Just hit the important points, be polite, and end it fast. And, as the Harvard Law School Admissions Office notes, make sure to only include information that will help your candidacy—if your performance has fallen since applying, maybe hold off. Another important question that comes with Letters of Continued Interest is when exactly to send them. We’d recommend sending them soon after you receive your deferral or waitlist decision. In the case of colleges, keep in mind the peak times that they’re going to be inundated with applications and letters, so if you’re responding to deferral from Early Action it can be a good idea to wait until early January.

What do Colleges Want to Know About Students Who are Waitlisted or Deferred?

Colleges are generally looking for updates on your academic performance, any extracurricular or athletic leadership positions or awards, and whatever other information that might significantly change your applicant profile. If you won the science fair or got made captain of your rugby team in the months since you first submitted your application, now’s a good time to say so. If your performance in certain classes has changed in a way that would be beneficial to mention, absolutely do. Put yourself in their shoes to determine what is and isn’t worth mentioning: If you were a an admissions officer and some random kid was writing you, what sorts of things would you want them to tell you? What would you roll your eyes at and discard? Following this rule throughout the college process is important, and no less here. Admissions officers, like the rest of us, are subject to biases and snap judgments—it’s up to you to use those to your advantage.

What to Include in a Letter of Continued Interest?

Address it to your regional admissions officer (if you don’t know who this is, ask) instead of just the admissions office, or worse, the Dean of the college. Thank them for reviewing your application. Then move onto the meat of the letter: why you still want to go to this school and why they should still want to accept you. This is always a difficult balancing act to hit: on one hand, you want to make sure that you’re not coming across as too cocky, because that’s sure to get your letter thrown in the wastebasket immediately. But on the other hand, you don’t want to seem too desperate. Don’t tell them that this is your only option, and if they don’t admit you you’re probably going to end up in your parents’ basement for the rest of your life. College admissions officers, like potential romantic partners, hardly want someone that nobody else wants. The more you can seem enthusiastic yet desirable, the better your letter is going to go over. Here also make sure that you reiterate what it is about this school that makes you write the Letter of Continued Interest. This is partly to ensure that they don’t think you’re just sending the same form letter to every college that rejected you, and partly to describe why you’d be a good fit. Because it’s a semi-formal part of the admissions process but not the kind of standard thing that everyone has to send, it’s good to make it personal.

What Not To Include in a Letter of Continued Interest

Keep in mind that there’s not that much time, and they’re going to be swamped with other applications (especially if you applied early and are now deferred) so you shouldn’t take this as an opportunity to re-write your supplemental essays or write 500 words on some other topic. Don’t include anything that’s not important or necessary for them to re-evaluate. The general rules for what to include in college essays still apply here: don’t include anything inappropriate or overly informal, don’t take this as an opportunity to berate them for making the biggest mistake of their lives in not accepting you. Keep it brief and polite. Don’t include additional letters of recommendation or write additional essays, as the Dartmouth Admissions Office notes. These are unnecessary and will hurt more than help. And when in doubt, follow the advice of the Yale Admissions Blog, “We do not recommend that you send the admissions office piles of updates after a deferral. You should not try to re-do any parts of your application. You should not inundate your admissions officer with weekly emails and cards.” Goes without saying, you’d think, but also often needs to be said. There might also be a bit of a desire to talk about the aspects of your application that were good, which you can’t believe would earn a deferral or waitlist. This can’t be, you want to say, I got a 1600 on my SAT. Well, as Command’s founder Christopher Rim often says, the most elite schools could fill their freshman classes ten times over with people with perfect test scores. It’s about the other things, the less tangible things that might have slipped through the cracks the first time. They deferred or waitlisted you for a reason, your job isn’t to relitigate that, it’s to convince them that there’s more to you.

General Outline of a LOCI

Here is an example composite letter of many letters we’ve seen: (Disclaimer: do not copy and paste this letter into an email. You’ve made it this far doing your own work—we hope—so you can use this as a guide but not a template.)

Your Full Name
First Line of Your Address
City, State 00000

Dear Mx. Regional Admissions Officer,
My name is X, and I recently applied for Early Action/Early Decision/Regular admission at Example University.  I want to sincerely thank the admissions committee at Example University for reviewing my application and considering my candidacy. I am incredibly excited by the prospect of attending Example University and would gladly attend if admitted. Throughout my college search, I saw that it was the right fit for me, because (INSERT REASONS YOU’RE A GOOD FIT). As a (INSERT THREE ADJECTIVES THAT SUM UP YOUR APP) student, I am confident that Example University is the best place for me, and I am eager to bring my (UNIQUE THINGS ABOUT YOU) to the (COLLEGE MASCOT) community next fall. Throughout my college search, I have felt that Example University is unique among its peers, particularly for a student with (YOUR INTERESTS AND SPECIFIC GOALS). I look forward to (INSERT CONTENT RE: SPECIFIC ACADEMIC PROGRAMS, PROFESSORS YOU WOULD WORK WITH, RESEARCH OPPS, ETC.) Thank you again for your thoughtful and comprehensive consideration, and I hope that you and yours have an enjoyable and rejuvenating holiday. 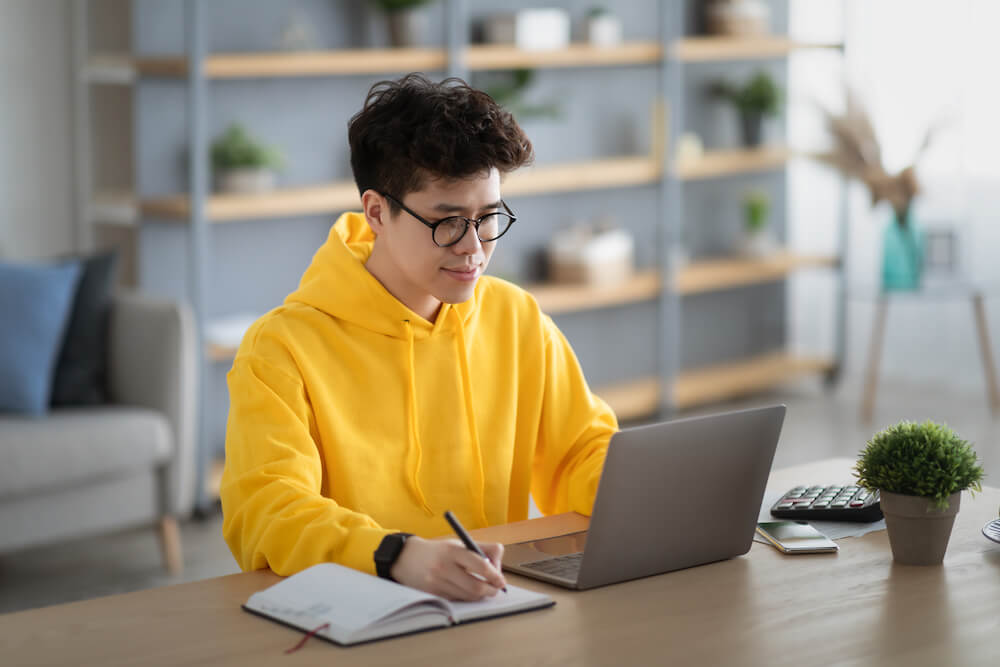